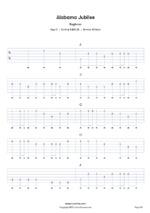 Originally written by George L. Cobb,with words by Jack Yellen, it is one of the most popular fiddle tunes ever. The first recording was done in 1915 and it was a collaboration between comedians, Collins & Harlan. From the ’50s the song has seen some very strong trends. The Red Foley’s 1951 version came in at #3 on the country charts and #28 the pop chart. The Ferko string band moved the song to #13 on Cashbox, #14 on the Jukebox and #20 on the UK chart. But the groundbreaking recognition of the song came in 1981 when Roy Clark won the Grammy award for the best country instrumental performance. The song is still very popular as a marching band song and bluegrass standard.